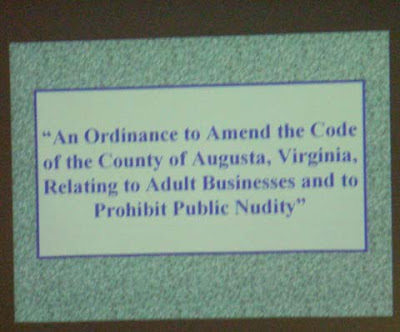 Adult businesses will not be able to locate near your child's school, thanks to zoning ordinances that were passed last night by the Augusta Board of Supervisors. A process that took 6-8 weeks in Stuanton last fall methodically plodded through the Augusta process the pass six months even as threats were publicized from the Staunton adult store owner that he was looking for a second location, perhaps in Augusta.

The measure passed 7-0 as the supervisors voted to:


1. Amend the provisions of Chapter 25, Title Zoning, of the Augusta County Code, to permit adult businesses which may be operated in a General Business district when the business shall be located at least 500 feet away from any residential zoning district, and at least 500 feet from the property line of any land used for any of the following:

The ordinance also controls signage and hours of operation; prohibits viewing by specified means of sexual activities or specified anatomical areas; requires a separate, conspicuously marked room for adult merchandise, inaccessible to persons under eighteen years of age; requires security cameras and videotaping, monitoring and recording; prescribes adequate lighting; and requires all owners, operators, managers, employees, associates and entertainers to be over eighteen years of age.

The Planning Commission recommends approval of the Ordinance with the following language to be included under Section 25-310 of the Ordinance: "Adult businesses will be allowed in General Business Districts only."

2. Amend the Provisions of Chapters 6 & 7 of the Augusta County Code to Regulate Adult Busineses and to Prohibit Public Nudity. This Ordinance establishes definitions relating to adult businesses; requires obtaining a permit from the Sheriff's Department; regulates grounds for the Sheriff's Department to revoke or deny a permit and an appeal process for the applicant; permits representatives of county departments to inspect adult businesses; establishes requirements to regulate adult businesses that prohibit adult entertainment; regulates adult motels; and prohibits the transfer of adult business permits and public nudity.

A number of citizens were present to support passage of the ordinances, and some addressed the issue before the board. 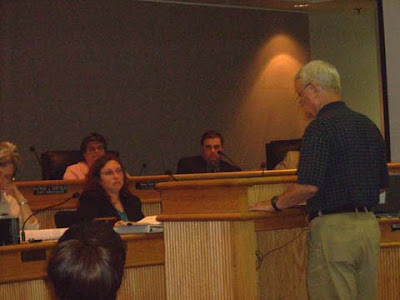 Bill Shirley said he endorsed the ordinances and the restrictions they placed on adult businesses, and reminded that President Ronald Reagan, in 1985, ordered a study of the effect of pornography in the U.S. The study found links to organized crime, sexual violence, civil injustice, sexual abuse of women and children, and concluded that it sears and scars the conscience of those it touches. 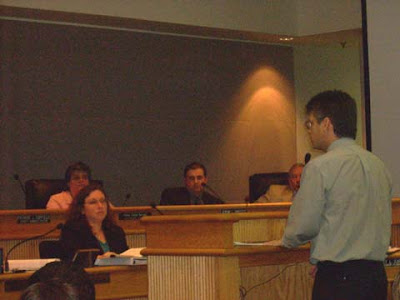 Kurt Michael thanked the board for taking action on this issue and especially thanked Larry Howdyshell for taking the lead with the supervisors. He also pointed out in the audience and thanked Dean Welty of the Valley Forum and Andrea Oakes of the Citizens Task Force Against Pornography, saying he applauded them for taking their time to do the right thing.

Sidney Gorby of Fishersville also thanked the board. 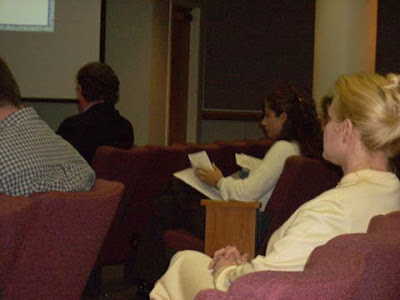 Andrea Oakes asked permission to speak, as a Staunton resident, and thanked the board for all the effort they had put into studying and following through with the issue. She said it would maintain the integrity of Augusta County.

Supervisor Larry Howdyshell said it had been six months of diligence in researching the ordinances.

Supervisor Tracy Pyles said a lack of discussion did not mean a lack of action on the supervisors' behalf.

Supervisor Wendell Coleman assured those interested in adult businesses that they would still be permitted to locate in the county and that their rights were protected under the First Amendment.

Email ThisBlogThis!Share to TwitterShare to FacebookShare to Pinterest
Labels: Augusta County Board of Supervisors, Citizens Task Force to Ban Pornography in Augusta County