Why I support Kurt Michael for Chair of Augusta GOP 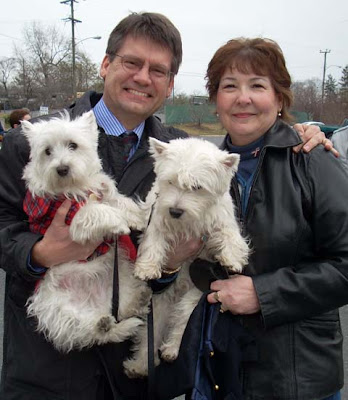 He has been accused by his detractors, who have no problem with his leadership and the hours he spends leading the local Republicans, as being "divisive."

This is the man who has led numerous mass meetings over the years for the very electeds who are now calling him "divisive." They certainly had no problem with all the work he put into getting them nominated, campaigning for them, and getting them elected to office.

This is the man who worked with community leaders to organize and bring out 500 people to a Staunton School Board meeting in 2005 when the school board threatened to remove Weekday Religious Education from the schools.

This is the man who worked with 30 local churches to organize voters to pass the Marriage Amendment in 2006.

This is the man who worked with Staunton City Council candidate Andrea Oakes to organize citizens who were upset when an adult business opened in the city, citizens who called to ask, "Can the Republicans do something about this?" Together they gathered thousands of signatures and organized hundreds of people to request adult business zoning ordinances which would prevent their location near schools, playgrounds, churches, neighborhoods, and other family-oriented areas.

This is the man who is currently working with those volunteers to get those same ordinances passed in Augusta County.

This is the man who took the Augusta County Republican Committee, which was a bare-bones operation just seven years ago with only a chairman, secretary, and treasurer but no other infrastructure in place, and built it to the organization it is today. He recruited new members and filled positions, building from the ground up.

This is the man who leads the monthly SWAC-GOP breakfasts that regularly bring in 50 local Republicans to hear from such speakers as Lt. Governor Bill Bolling, Attorney General Bob McDonnell, former Virginia governor Jim Gilmore, Congressman Bob Goodlatte, and more.

This is the man who stands up for the elected officials, defends them to the public, collects their petitions, promotes them to the community -- whether they are local, statewide, or national.

This is the man who designed and built GOP parade floats, worked county fair booths, and stood up for our military at Support the Troops rallies since 2002 when the first anti-war protesters hit the streets of Staunton. He was at the Staunton Armory in February when the Stonewall Brigade returned after serving in Iraq.

I have watched over the years as Kurt has given hours of time as a volunteer for the conservative Republican cause. He has met with public officials, led meetings, organized citizens to attend Planning Commission and Board of Supervisor meetings to advance the issues they are interested in, worked Republican headquarters, gathered signatures on petitions for Republican candidates, spent countless hours on the phone talking with candidates and volunteers and community leaders and electeds and anyone else who wanted a few minutes of his time.

This is not the work of a "divisive" individual. It is the work of someone who is inclusive of everyone and reaches out to work with all.

Kurt Michael wants to continue leading the Augusta County Republican Party ... and I back him 100%.

After working together for seven years, I am proud to call Kurt Michael my friend and mentor, and I am proud to support and endorse him in his bid to be re-elected as Chairman of the Augusta County Republican Committee.