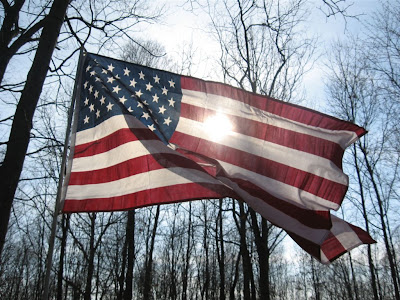 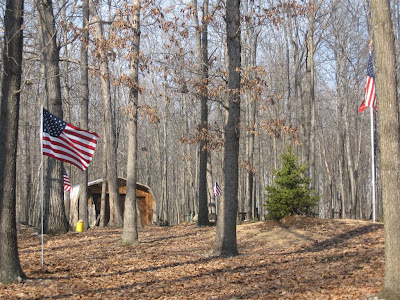 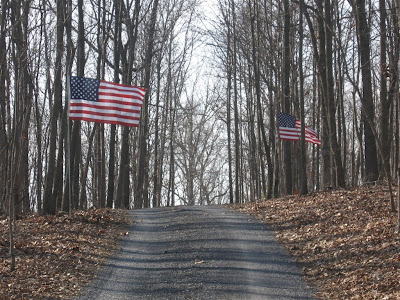 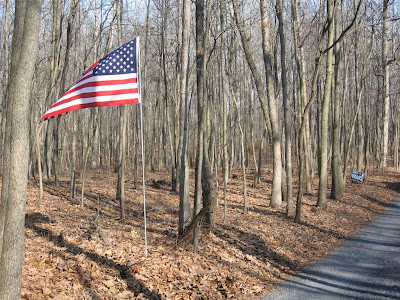 American flag and Win the War sign along the drive to Fulton farm. 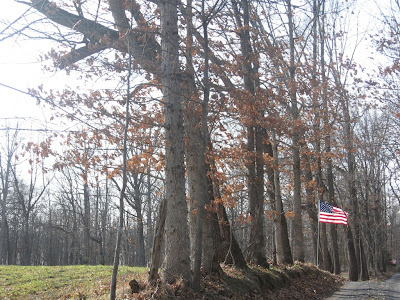 When Cpl. John Fulton returned from Iraq in March to his home in Weyers Cave, he was greeted with dozens of American flags lining the driveway. The March homecoming was planned by Heidi Salatin whose brother, Nate, is also in the Marine Corps.

Heidi, 16, a member of the Augusta 4-H Honors Club led by Jennifer Mercer, who happens to be John's stepmom, decided the welcome home flags would be a perfect way to honor Jennifer and John and all Marine and soldiers serving in the U.S. Armed Forces.

Cpl. Fulton was on his second deployment to Iraq, serving as the lead scout gunner on convoys supplying FOBs in and around Falluja.

Welcome home, John! Thank you for your service to our country.
Semper Fi.