Feb. 6: A salute to Ronald Reagan 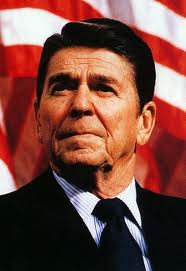 Ronald Reagan
40th President of the United States
Feb. 6, 1911- June 5, 2004
"Let us be sure that those who come after will say of us in our time,
that in our time we did everything that could be done.
We finished the race; we kept them free; we kept the faith."

Thank you, President Reagan, for keeping the torch burning. You will be remembered as one of the greatest leaders of all time.