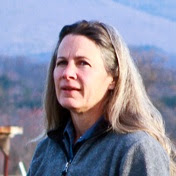 Karen Kwiatkowski (ka-tao-skee) was commissioned in 1982 as a second lieutenant in the United States Air Force. She served at Eielson Air Force Base in Alaska, providing logistical support to missions along the Chinese and Russian coasts. After tours in Massachusetts, Spain and Italy, Kwiatkowski was assigned to the National Security Agency, eventually becoming a speech writer for the agency's director.

Col. Kwiatkowski transferred to the Pentagon, first working on the Air Staff as a political military affairs oficer, then moving over to the Office of the Secretary of Defense, Under Secretary for Policy, in the Sub-Saharan Africa Directorate. From May 2002 to February 2003, she served in the Pentagon's Near East and South Asia directorate (NESA).  While at NESA, she wrote a series of anonymous articles, "Insider Notes from the Pentagon" that appeared on the website of David Hackworth, protesting neoconservatism inside the Pentagon and the pro-war propaganda being put forth by Pentagon appointees.

Kwiatkowski was in her office inside the Pentagon when it was tragically attacked on September 11, 2001.  She left NESA in February 2003 and after 20 years of service, retired from the Air Force.

In April 2003, she began writing articles for the libertarian website LewRockwell.com. In June 2003, the Ohio Beacon Journal, published her op-ed "Career Officer Does Eye-Opening Stint Inside Pentagon" which attracted international notice.

Kwiatkowski became publicly known for criticizing a corrupting political influence on the course of military intelligence leading up to the invasion of Iraq in 2003. Her most comprehensive writings on this subject appeared in a series of articles in The American Conservative magazine in December 2003 and in a March 2004 article on Salon.com.

Kwiatkowski has become a respected columnist for various international media outlets. She is a regular contributor to Lewrockwell.com and has had articles about her work with the Department of Defense published in the American Conservative.  She has hosted the popular call-in radio show American Forum, and blogs occasionally on Liberty and Power.  Since her retirement, she has taught American government related classes at Lord Fairfax Community College and James Madison University, and teaches information systems related classes for the University of Maryland.  She and her husband raise beef cattle in Shenandoah County, Virginia.  They have been married since 1982 and have four children.