Dancing with the Blue Ridge.... 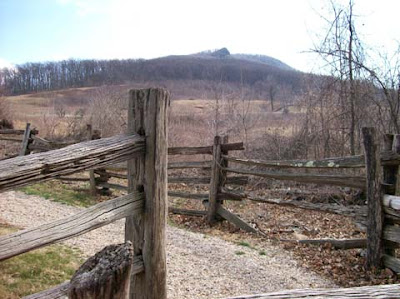 This week's gorgeous spring weather made us head for the mountains on an overcast day that looked like rain but none materialized..... The Blue Ridge Parkway was open after an ice storm in February had snapped trees and closed it to traffic. 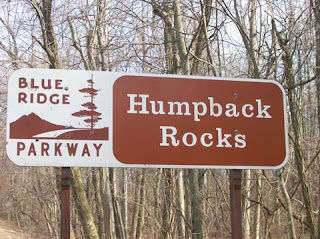 A popular hiking spot, Humpback Rock, was a landmark for early settlers who, from 1851 until the early 1900s, drove wagonloads of goods on the Howardsville Turnpike between Howardsville and the Shenandoah Valley. The road is a nice drive even today as it descends to the Lyndhurst area of the Valley. 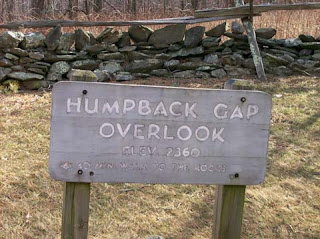 At milepost 6 is Humpback Gap which is now the start of the trail that goes to the top of Humpback Rock. This area was often used as a camping spot for travelers and is still a field today. The rock fence around the parking area and across the drive was said to have been build by slaves of a plantation owner. 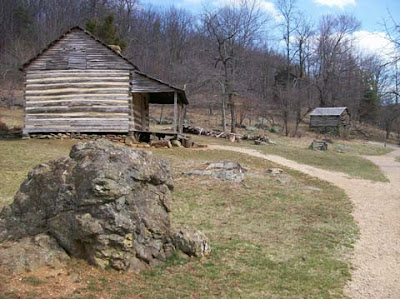 Humpback Rocks Homestead is a learning experience for all ages and I never cease to be amazed at the tenacity of the early settlers who lived in this often-inhospitable place. 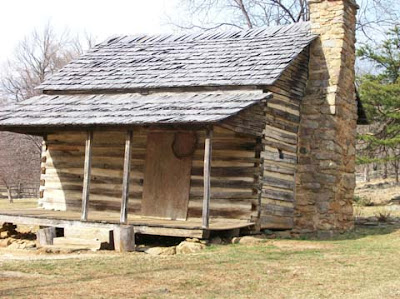 By using native materials they were able to build cabins and outbuildings, erect fences, build rock walls, chimneys, and foundations, and use nuts and berries to supplement the homegrown veggies as well as raise animals and hunt for game in the surrounding woods.

When I was still teaching my children we often visited the homestead in all seasons ... but my favorite time was when there were few people around and it was possible to linger alone and imagine life in these mountains.... 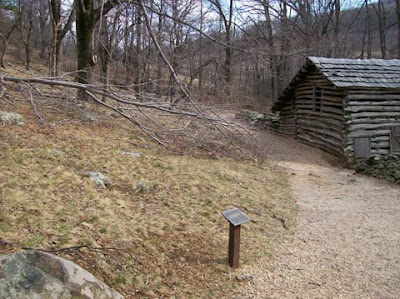 More damage from the February ice storm was visible with down trees that had snapped and fallen around the cabins. 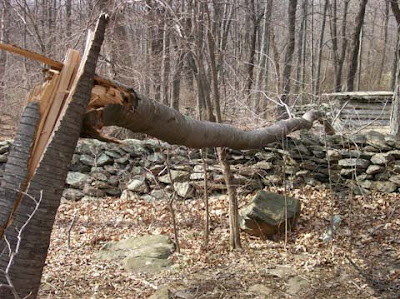 This tree had fallen across one of the rock walls. 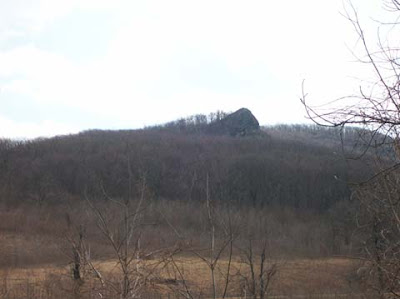 Overlooking it all is Humpback Rock.... 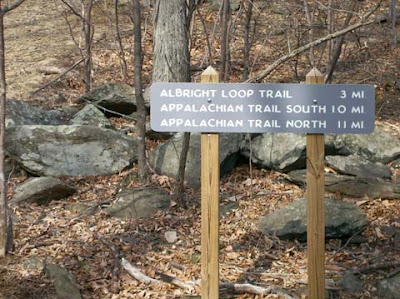 There are dozens of trails in the Humpback area as well as a nice picnic area. 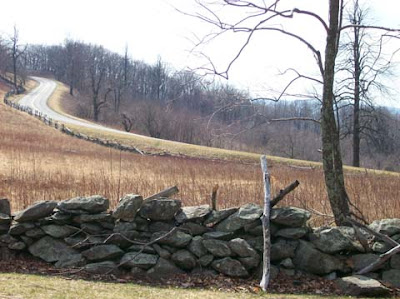 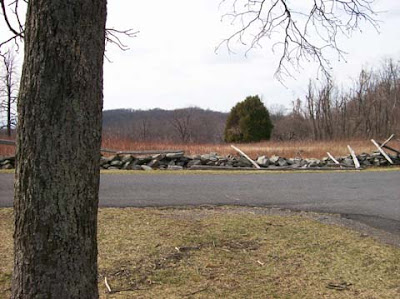 Early settlers camped in this field on the trip between the Valley and Howardsville. 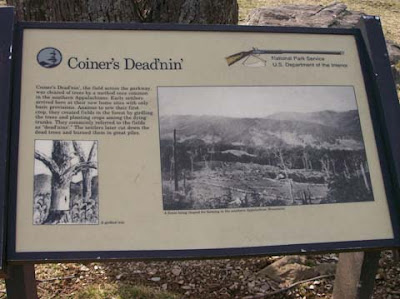 Sign is a teaching tool to explain and illustrate how Humpback Gap's field was cleared by pioneers. To paraphrase the Statlers, "There is Virginia ... and then there is the rest of the world." There is no place I'd rather be ... and there will be many more jaunts in the surrounding mountains throughout the spring....
Posted by Lynn R. Mitchell at 3/23/2007 07:53:00 PM

So should we apologize to these settlers too, for taking their homes away from them as the new roads cam through?