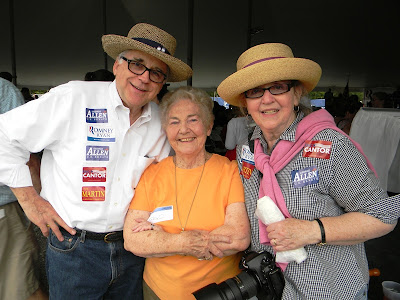 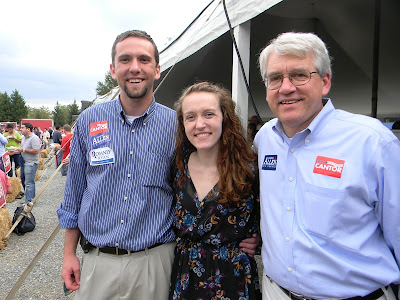 Mike Thomas with his son Alec and daughter Ashley. 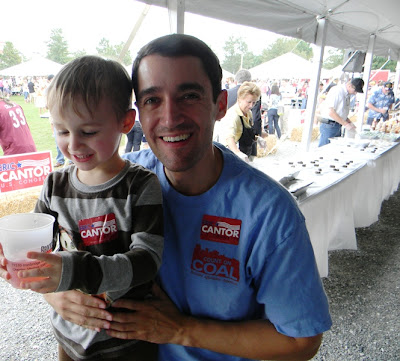 Steve Thomas with his son. 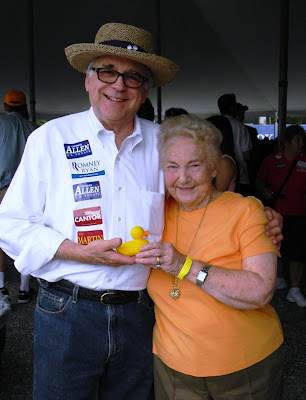 Charlie's infamous yellow duckie that has been spotted all over Facebook. Yep, it was at the Roundup. 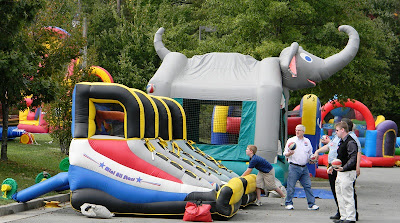 There's some pretty familiar faces enjoying the children's games before the event. 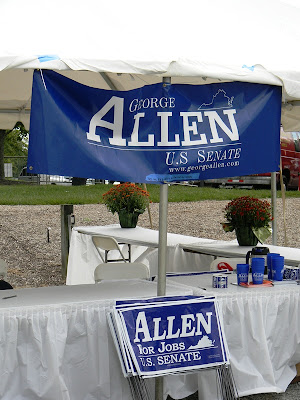 The Allen campaign sent over 1,000 yard signs out the gate home with supporters after Saturday's Roundup. 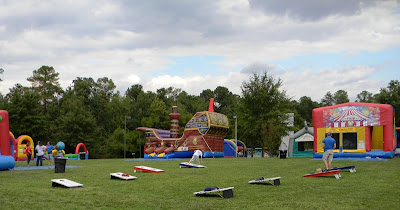 Kids' games and bouncy houses were ready for the hundreds of children who attended. 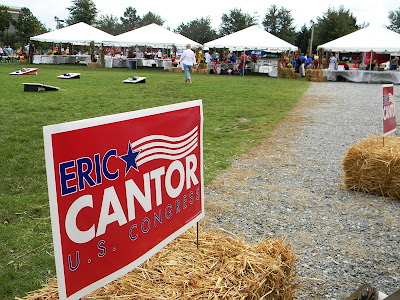 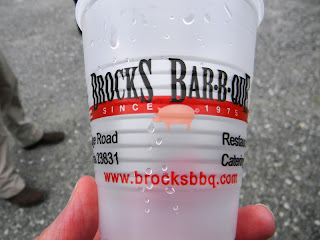 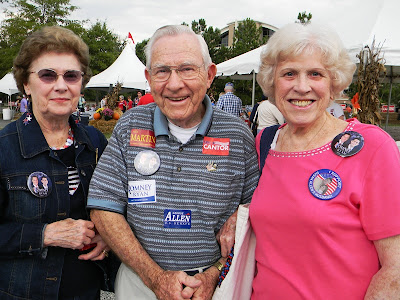 My parents (to the right -- heh) with their friend Janice (left in blue). 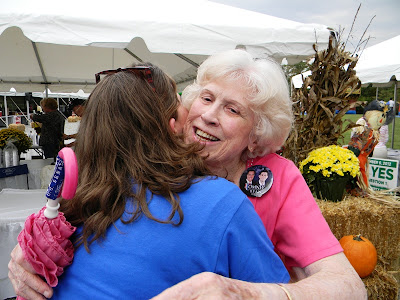 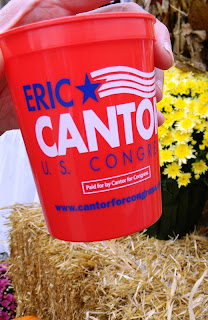 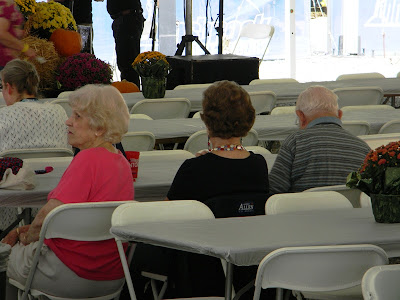 My parents before the event. 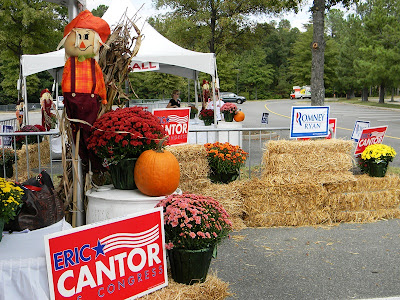 It is always a festive fall atmosphere at Congressman Eric Cantor's annual Republican Roundup. Thanks to 7th Congressional District Chairman Linwood Cobb and his army of volunteers who have put on this event the past eight years. They had 6,000 supporters who turned out for Brock's barbecue and the fixings, entertainment, and great political remarks from George Allen and Eric Cantor that stirred the crowd and sent everyone home ready to vote for our GOP ticket.