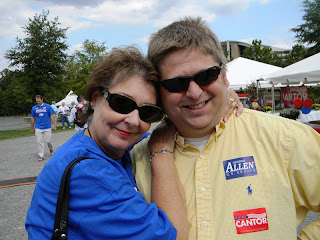 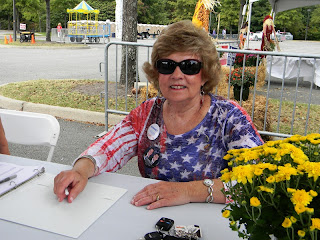 Fay Williamson checking in folks at the gate. 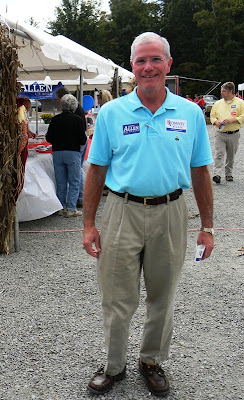 Linwood Cobb, chairman of the 7th District, who heads up this event every year for thousands of Virginia Republicans. Thanks, Linwood -- great event once again! 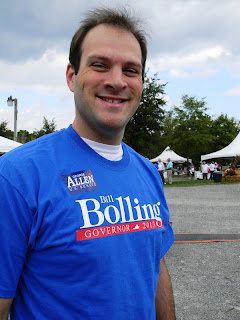 Matt Wells with the Bill Bolling for Governor campaign. 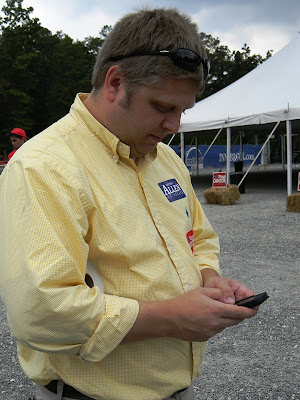 Richard doing what he does best ... working the texts as Mike Thomas checks in. The George Allen for U.S Senate campaign is on the grounds and Governor Allen will be here soon. 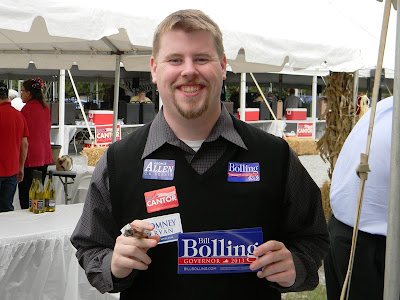 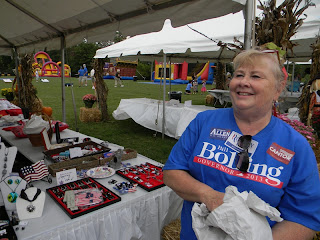 Bretis with her booth of patriotic and Republican jewelry. 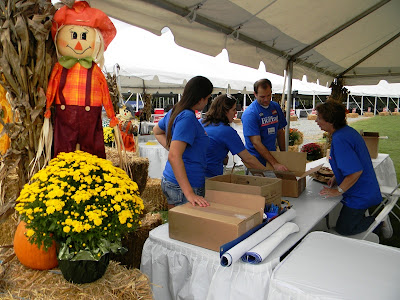 The Bolling team was busy setting up. 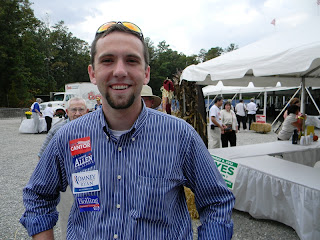 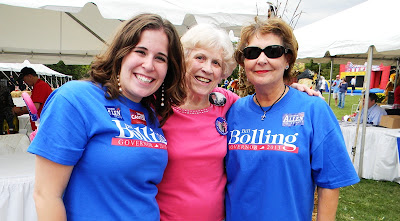 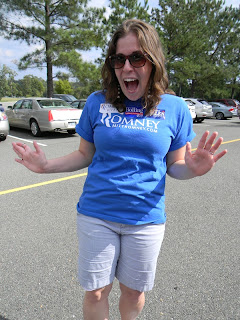