Faces in the crowd ... more photos from Romney-Ryan Fishersville rally 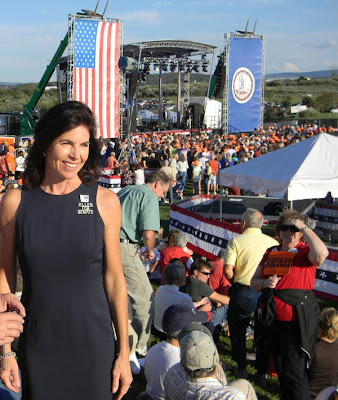 Susan Allen circulated through the crowd talking with supporters while representing George Allen. Official reports of crowd size are estimating it at 15,000-17,000. 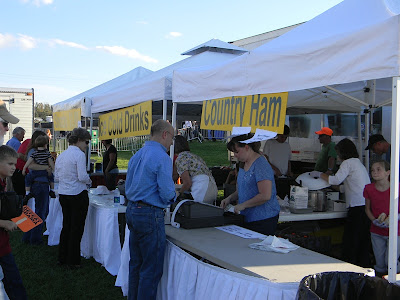 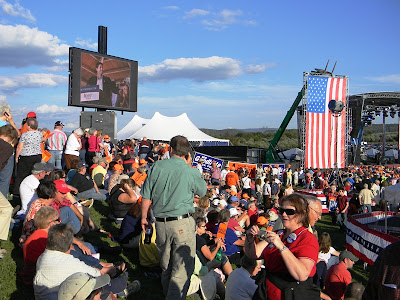 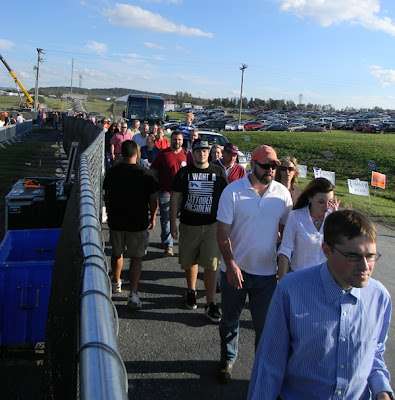 It was a steady line of people walking in to the fairgrounds. People parked miles away and hit the road to Expoland because traffic was so backed up they were sitting still. 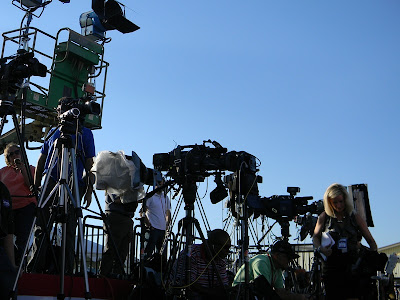 Nation news outfits had cameras set up and ready to go for the rally. 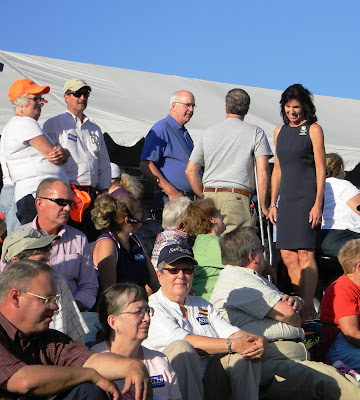 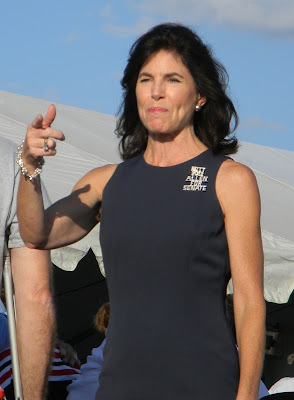 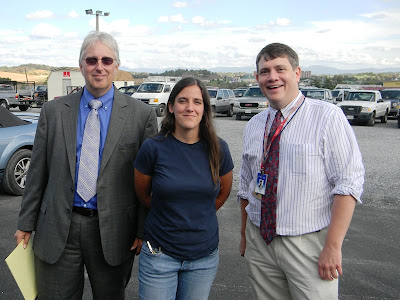 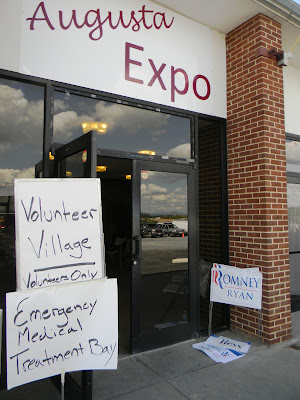 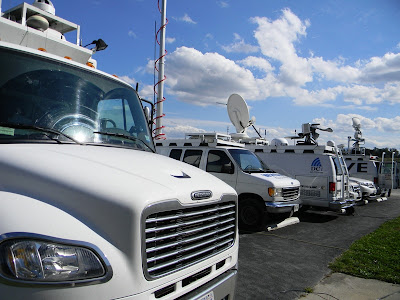 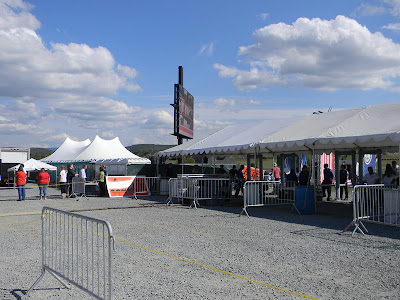 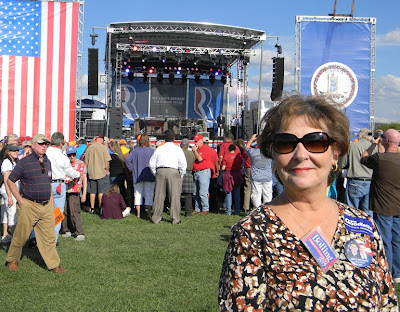 Long-time Republican-in-the-trenches Trixie Averill who is a member of Lt. Governor Bill Bolling's team to elect him Governor next year. The Lt. Governor was driving over from Richmond and got stopped in traffic on I-64 five miles from the exit. As time approached for the rally to begin -- and he was to address the crowd -- he was finally rescued by troopers who escorted him to Expo where he went on stage and rallied the crowds with, "HELLO, SHENANDOAH VALLEY!" 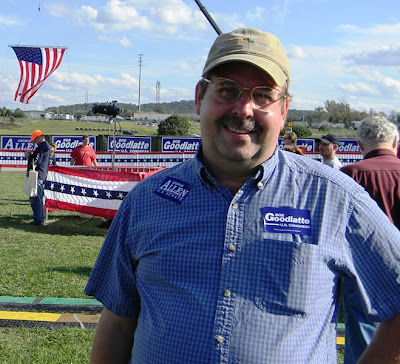 SWAC Corps blogger Fishersville Mike was there with his family. 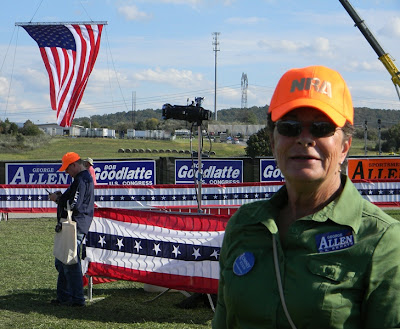 Barb was sporting her NRA hat as they waited for the event to begin. 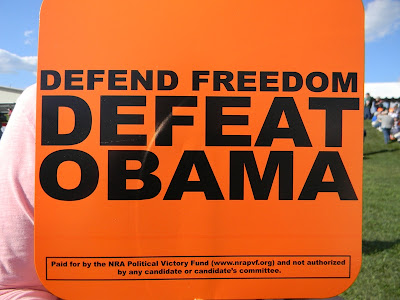 Cardboard fans with a message were handed out by the NRA. 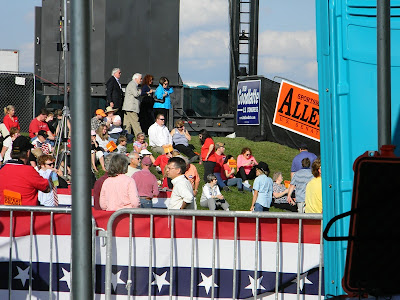 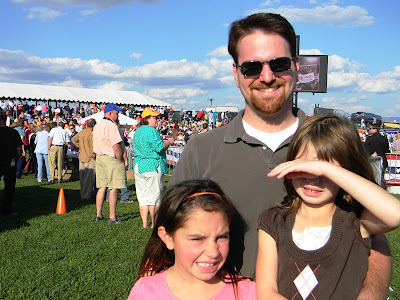 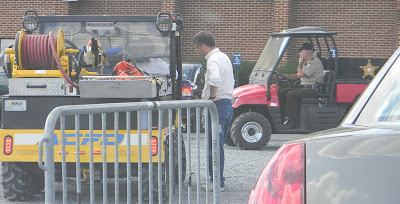 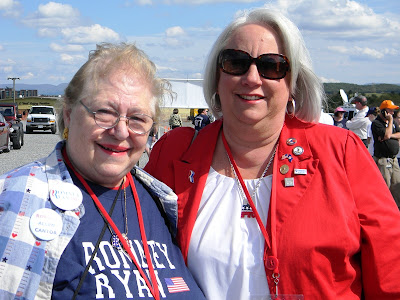 Marie Quinn and Jane Ladd from Chesterfield Republican Committee drove over to attend the event. 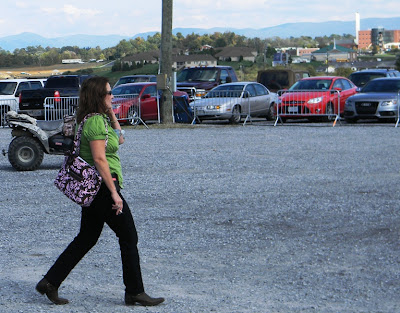 Julie Coggsdale was on the premises and getting down to business. 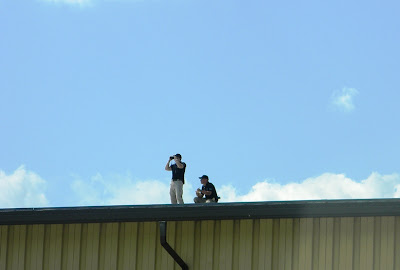 These guys were on the roof of the Expo building. Security was tight with so many dignitaries.