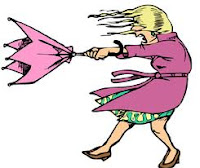 Western Virginia will not be immune from Hurricane Sandy and the far-reaching effects of what meteorologists are calling an historic, devastating storm. The monster hurricane that is unlike any most have seen before has a cloud cover that extends for 2,000 miles and is taking the unusual track of moving north along the East Coast, then hooking westward to make landfall somewhere between Southern New Jersey and New York City.

That puts this hurricane directly over some of the most populated areas in the country with cities like Philadelphia, Atlantic City, New York, and Boston bracing for catastrophic conditions. However, its destruction will not be limited to the coast. This storm will reach far inland with flooding, high winds, power outages, and deep snow in the mountainous areas of Maryland, West Virginia, North Carolina, and Virginia.

Closer to home, a High Wind Warning has been issued for the Shenandoah Valley from 8:00 a.m. Monday through 8:00 p.m. Tuesday with sustained wind speeds of 25-45 mph and gusts of 60+ mph especially in higher elevations. The mountains ridges are particularly vulnerable to high winds. All loose objects in yards -- garbage cans, lawn furniture, flower pots -- should be secured.

A Blizzard Warning has been issued from Monday at 4:00 p.m. until Wednesday at 8:00 a.m. for Virginia's Highland County just west of Augusta as well as the West Virginia counties of Pendleton and western Grant. Forecasters have warned residents to be alert to flooding as rain moves into the area. Augusta and surrounding areas may see snow showers over the next several days.

A report from a Staunton area resident Sunday night noted that the local WalMart, like other stores in the vicinity, was out of bread, batteries, flashlights, and ice. Most people have stocked up on water and food, have generators on standby, gassed up vehicles, and withdrawn enough money from ATMs to make it through the storm.

At our house we've stockpiled firewood on the back porch for the wood stove that will come in handy in the cold temperatures of the next few days -- today it's raw outside with wind, rain, and the thermometer sitting at 42 degrees. Our generator is ready to go and we have made all the other preparations for bad weather.

Stay alert, be safe, and keep a weather eye to the sky as we ride out the storm.

Be sure to stay up-to-date on conditions and closings with NBC-29 and WHSV TV-3, and with the Waynesboro News-Virginian and Staunton News Leader and the Richmond Times-Dispatch.

Some national weather sites to monitor include WxRisk.com, AccuWeather, The Weather Channel, Weather Underground, Weather Bug, and the National Weather Service.
Posted by Lynn R. Mitchell at 10/29/2012 09:08:00 AM