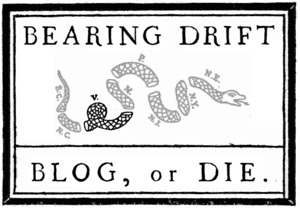 In a Sunday editorial, A Clear Choice: Romney/Ryan, the widely-read blog laid out its case for an Obama upset on Election Day with the election of Mitt Romney and Paul Ryan:


Unlike the President, Mr. Romney has laid out a broad vision for the country, and a five point plan designed to get the economy moving again. His economic policy focuses on what the American people have been shouting at government for the last four years – jobs, jobs, jobs.

Mitt Romney gets it. In the words of James Carville circa 1992, "It's the economy, Stupid."


Throughout this campaign, Gov. Romney has focused his attention on the economy. Pres. Obama has bounced from attack to attack, using gimmicks and tired old campaign tricks. Gov. Romney has been talking about creating jobs and increasing economic development; the President has been talking about Big Bird and binders. The difference in the tone of the two campaigns couldn’t be more striking.

This election is as much a referendum on the President’s first term as it is a job interview for Gov. Romney.  Given the abject failure of the Obama Administration in far too many critical areas, it is hard to have any optimism that another four years of Pres. Obama would be any different than the last four.   Fortunately, a vote for Gov. Romney is not simply a vote for “anybody but Obama.”  He is a credible, thoughtful and experienced candidate who has proven that he understands what it takes to create jobs and get our economy moving again.