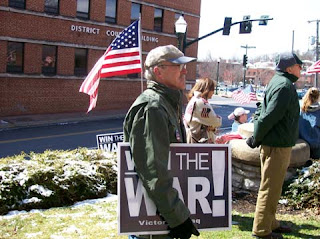 Vietnam-era Air Force veteran who remembers the hate-filled anti-war protesters from the Vietnam War. When going home on leave, he was told not to wear his uniform while traveling because it was too dangerous. In America. We cannot let it happen again.... 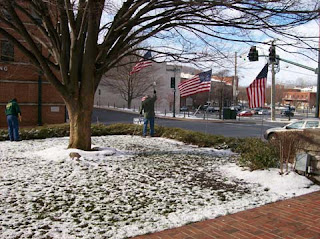 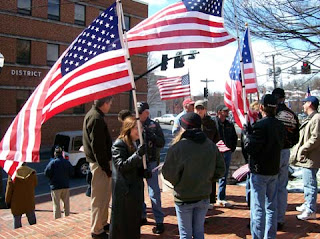 Pre-rally as participants gather at Courthouse. 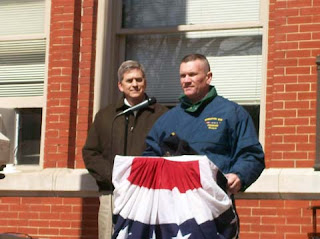 Patriot Herb Harman speaks. "These people here are the spirit of America. This is the American spirit, and that's why we're out here." 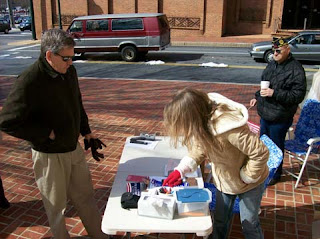 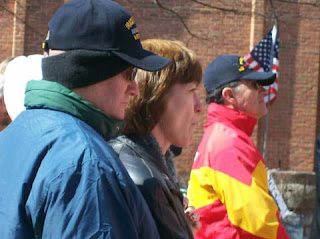 Herb Harman and his wife, Jan, listen as others speak. 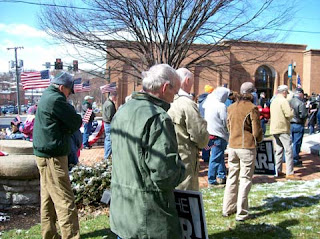 Vietnam veterans who know the importance of having America behind them when they are away from home and at war. 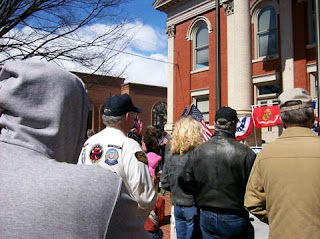 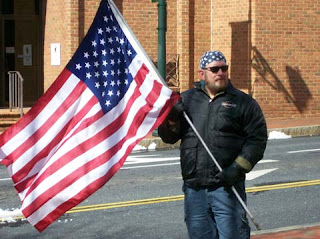 I am happy to see the rally went over well without any incidents.

The protest in DC was quite an event. I would say that both sides were equal in numbers.

It's always good to tell the truth in that policy will NOT change over this protest. Frankly, I think they wasted their time and money busing out these useless hippies.

I am curious to note that I wonder who funded this circus parade of freaks, and embarrassed the nation by demonstrating the war against Jihad. It makes me also wonder whose side they are on.

I question the left's patriotism, not only mentally, but there was also no American flags on their side (the ones I spotted were all upside down).

Other interesting signs from the left's protest in DC:

3. Plenty of Kufayeh-wearing hippies (the Kufayeh is the palestinian terrorist scarf)

4. Presence of Communist and Marxist groups

6. Presence of leftists that needed a shower

7. Questionable sources of money for this protest

RIDICULOUS - but at least we can say that there was NO impact on anyone's mind nor any change in policy toward the war.

Thanks, Steve, for being part of the HUGE Gathering of Eagles in D.C. and standing up to the angry leftists. We've always noticed locally the anti-war protesters don't have American flags ... until they finally got a "token" flag for protesting. At the dem fair booth last year they made it a point to display flags. But you should have seen the Republican fair booth -- it was literally red, white, and blue!!

You guys did a great job defending the memorials. It was good to see as many or more pro-troops demonstrators as anti-war protesters but, wonder of wonders, the MSM hasn't given it much coverage. That's where the blogs come in handy.