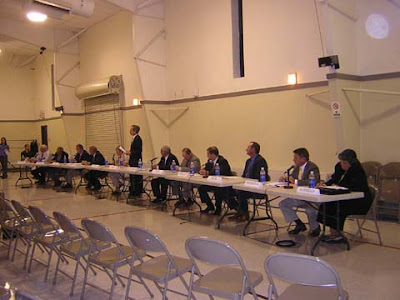 All 11 candidates for Augusta County Board of Supervisors attended Thursday night candidate forum. 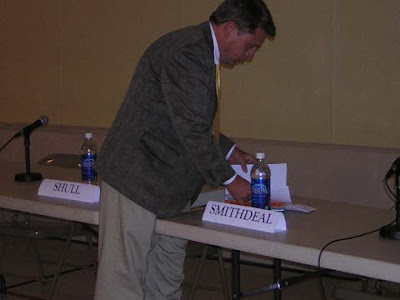 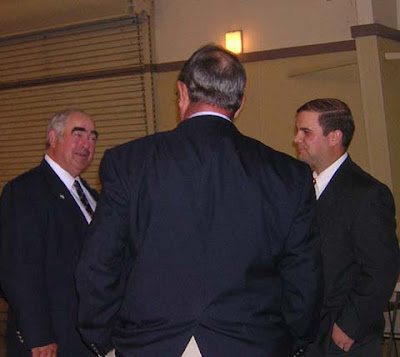 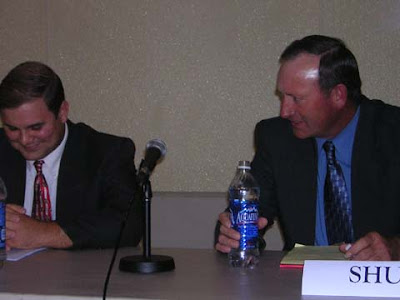 
Thursday night's Board of Supervisors candidates forum was held at the Weyers Cave Community Center and featured all eleven candidates with about 40 spectators. WHSV TV-3's Bob Corso moderated; media coverage was from WHSV TV-3, NBC-29, and the Waynesboro and Staunton newspapers.
The questions centered on conservation-type issues and were answered by each candidate. Many responses concerned the county's comp plan. They ended with a two-minute closing remark from each.
Out of the 11 candidates, six are farmers; one owns a store; five are current Board members; two are retired state employees.
Hope to post more on the forum later....
Posted by Lynn R. Mitchell at 10/19/2007 12:02:00 AM