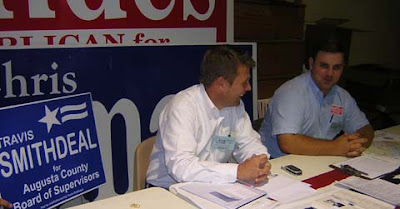 Republicans Travis Smithdeal, Pastures candidate.
“I strongly endorse Travis Smithdeal for Augusta County Board of Supervisors. A fellow veteran, Travis has demonstrated a commitment to making his community and country a better place. Travis will bring a fresh perspective to the Board and I encourage voters in the Pastures District to vote for Travis Smithdeal this November.” -- Attorney General Bob McDonnell 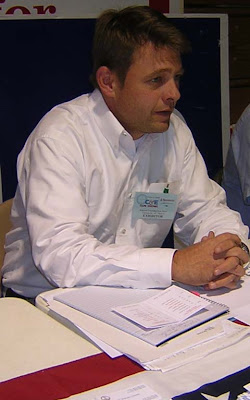 It shows unity ... working as a team ... when Republicans endorse Republicans just as the democrats endorse each other.

Unity--not a word associated with valley (or state and national, for that matter) Republicans lately.

When referring to the political party it is Democrats or Democratic Party--with a capital D. Lower case refers to a believer in "government of the people, by the people, for the people" (usually through elected representatives) including fundamental concepts such as equality, individual liberty, majority rule, and minority rights.