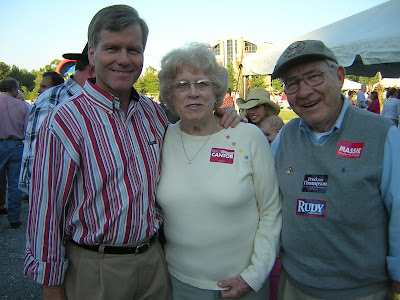 ... with Attorney General Bob McDonnell.
... with their Congressman Eric Cantor. 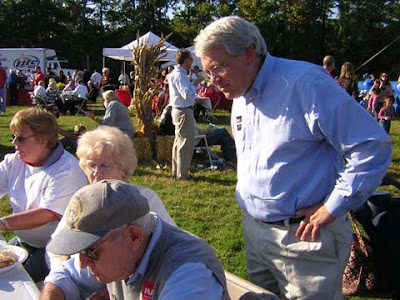 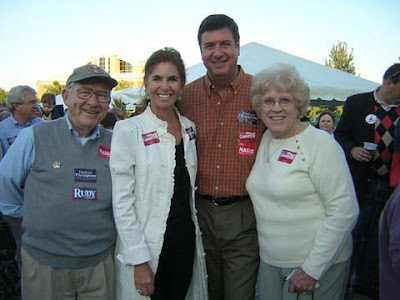 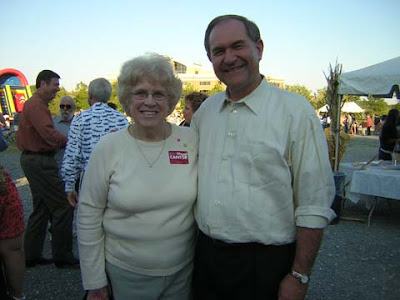 My parents taught me to pull myself up by the bootstraps, work hard, and not whine. Life is not fair so do not expect it to be ... move forward and keep an optimistic outlook. The world owes us nothing ... if we want something we are to work to achieve it.
And that is how I was raised by two Depression-era parents who lived through a lot worse than my Baby Boomer generation has ever experienced.
I came by conservative Republican politics honestly ... my parents are die-hard Republicans who, even now in their 80s, volunteer for the Party by putting out yard signs, rallying their neighbors, circulating petitions, working the polls on election day, and hosting candidates at meet-and-greets in their home. They employ the same you-can-do-it attitude they grew up with -- if it needs doing, they will do it.
My folks have attended all three Roundups hosted by their Congressman. This year, since I was in Richmond for the State Central Committee meeting on the same day, I made plans to meet them at the Roundup ... and together we spent the day as they introduced me to their fellow volunteers, and I introduced them to mine.
Generations ... passing along principles, beliefs, and traditions ... as my parents passed along those conservative family values to me, I now pass them on to my children who are also conservative, vote, and volunteer.
My parents ... part of that "Greatest Generation" ... I am grateful for their teachings.
Photos by SWAC Girl
October 13, 2007
Posted by Lynn R. Mitchell at 10/14/2007 10:22:00 AM