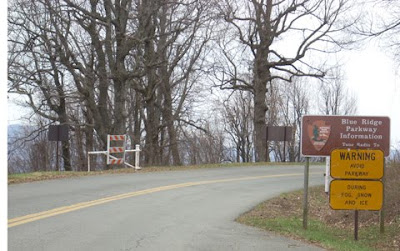 The gate is open on the Blue Ridge Parkway at Afton. Months of snowy weather kept the roadway covered during the winter of 2009-10. 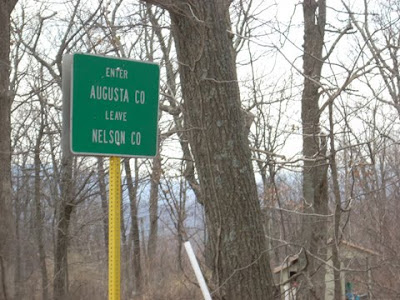 The Blue Ridge Parkway passes through Augusta and Nelson Counties. 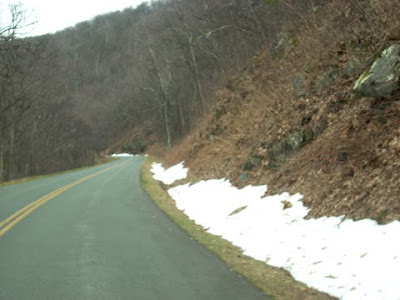 After a winter that saw six-foot drifts, only a few patches of snow remained this week. 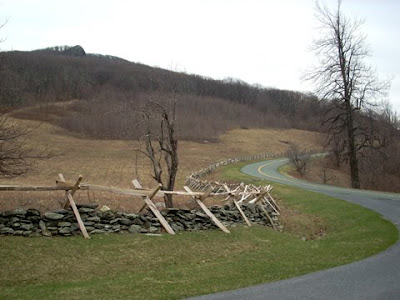 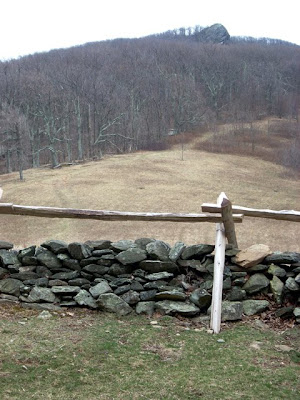 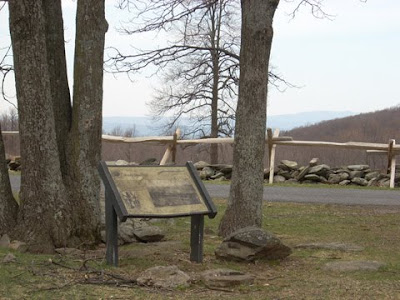 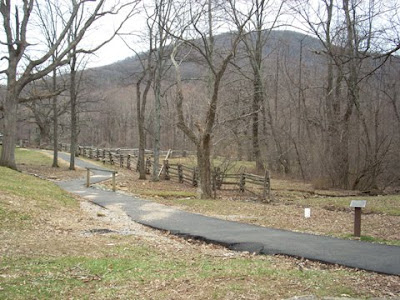 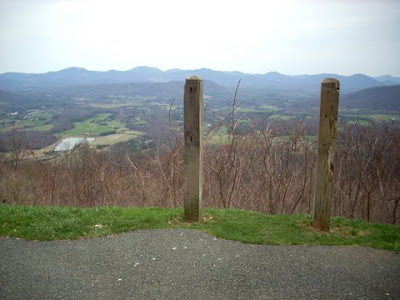 Winter cleanup continues. This sign overlooking the Rockfish Valley is out for repair.

The mountains called on Wednesday ... and I answered. Because the Blue Ridge Parkway and Skyline Drive had been closed to vehicles for months due to a hard winter and much snow, I had been unable to get my "mountain fix" up there on a regular basis as in years past.

Barb and I met and enjoyed a long lunch in Waynesboro, and then we headed for Afton and the Blue Ridge Parkway because we had heard it was reopened after a particularly harsh winter had left snow drifts, ice, and fallen trees on the roadway.

We explored the portion from Afton Mountain to Humpback Rock farm, trail, and picnic area. The picnic area is still closed as workers clear trees and debris still covering the area.

Meanwhile, someone has been busy because trees had been cleared even though there was still much evidence in the woods along the Parkway of broken limbs, downed trees, and other ice/snow damage.

It was good to spend time on a mild day in Virginia's Blue Ridge Mountains.

So good to hear that things are opened up and getting cleaned up. This winter has definitely been tough on the Blue Ridge Parkway, and it's nice to know that the mountains are "open for business." We're actually quite fortunate in this area, as our neighbors to the south experienced even more devastation from the elements than we did. What a way to start the BRP 75th anniversary year!

Great to hear from Cabin Creekwood, Stan! You guys should be busy this year with the expected abundance of visitors for the grand 75th anniversary of the Blue Ridge Parkway. Maybe I can write a post about your cabins ... just let me know.

Enjoy spring in the mountains!

We are getting busy. Spring break is right around the corner for lots of schools.

I'd love it if you'd write a post about us!