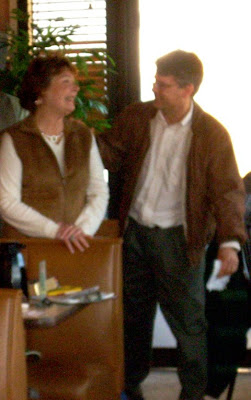 Dr. Kurt Michael, conservative leader in the Staunton-Waynesboro-Augusta County area, personally endorsed Trixie Averill for Republican 6th District Chairman during Saturday's SWAC Conservative Round Table Breakfast. Others who stood up and endorsed her, and commended her for hard work over the years, were Jason Bibeau and Lynn Mitchell.

Trixie is a military mom whose son spent three tours in Iraq and one in Afghanistan. She stood up for our troops when Cindy Sheehan was in Charlottesville in 2007. 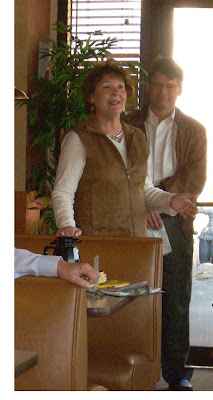 Trixie has been in the trenches for 20 years. She doesn't "talk the talk" ... she actually "walks the walk," getting buses together for activists to take their views to the General Assembly in Richmond and to Congress in DC.

Trixie has been working hard for conservative, principled Republican candidates up and down the Shenandoah Valley for years ... and she just finished working the campaign of Gov. Bob McDonnell who had an historic win in November 2009.