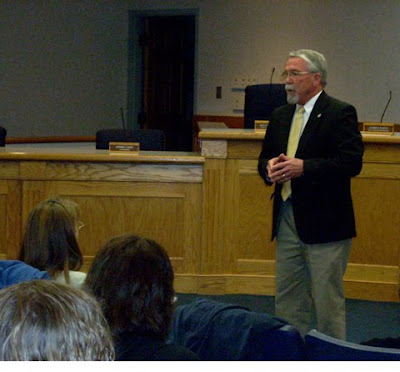 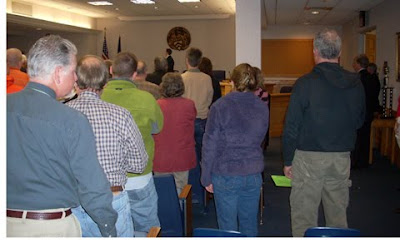 The meeting started with prayer followed by the Pledge of Allegiance. 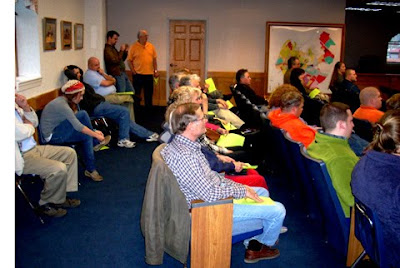 A large crowd turned out to support Alex Davis showing he has the ability to grow the Party in the city of Staunton by reaching out to all ages. 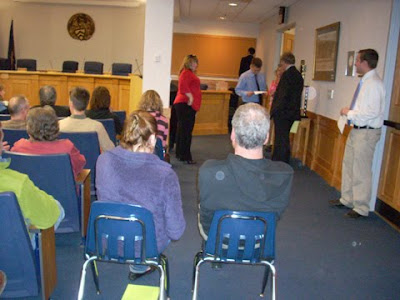 Preparing for the meeting. 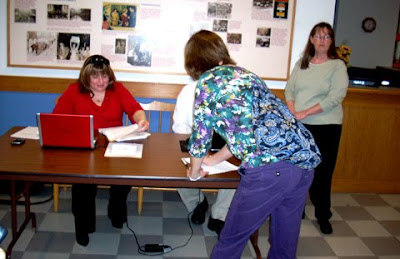 Thanks to Kelly, Joy, and Dave who manned the sign-in table. 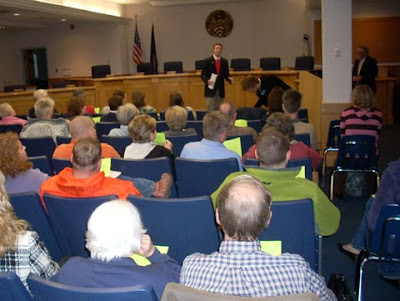 Alex Davis thanked everyone who turned out to support him. 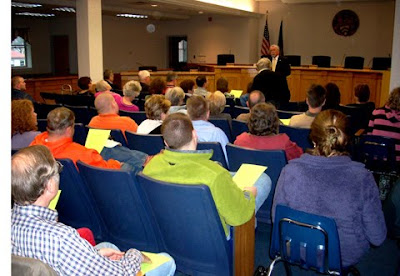 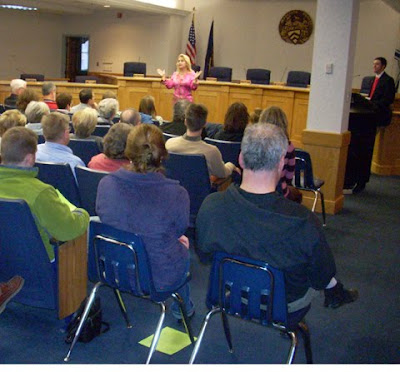 Staunton Councilwoman Andrea Oakes received applause when she said the current bad economy was not the time to raise taxes. 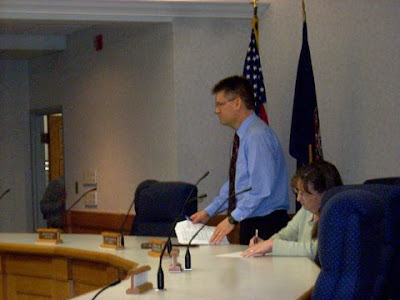 The meeting ran smoothly as some participants stood along the walls of the City Council Chamber meeting room. 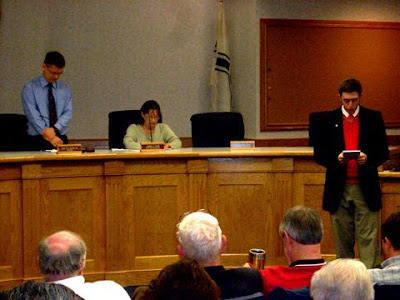 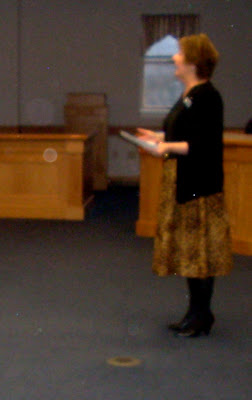 After the meeting, Trixie Averill, running for Chairman of the 6th Congressional District, spoke to a roomful of delegates excited to support her at the convention to be held in Lynchburg on May 22. 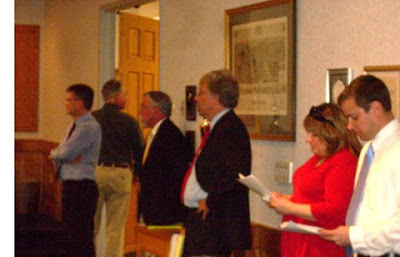 Many thanks to Kelly, Joy, Dave, Will, Jakki, Kenny, Kimberly, Tracey, John, Kurt, and Alex Avery for their help in running a smooth meeting. There were familiar faces as well as new in the crowd.

On the morning after the mass meeting, new Chairman Alex Davis was excited about the direction of the Party and had already reached out to new potentional Party members. For more information about the Staunton Republican Committee and how to become involved, contact Alex at adavis5025@gmail.com.

Bob Stuart with the Waynesboro News Virginian covered the meeting and has an interview with Alex Davis in the Tuesday edition, page A2.