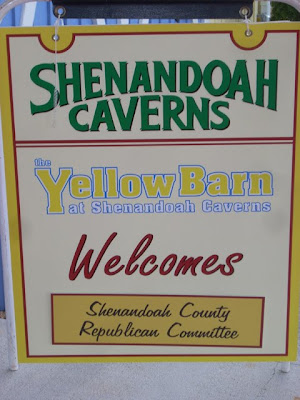 The Yellow Barn in Mt. Jackson welcomed guests of the Shenandoah County Republican Committee. Many thanks to Chairman Mike Monahan and Vice Chairman Jeremy McCleary for a wonderful event. Sue Hughes, president of the Republican Women, headed up the Silent Auction. Vito Gentile recognized notable faces in the crowd.

I was invited to join Shenandoah County residents Suzanne Curran and Tara and Daryl Bowman at their table along with Tara's mom and sister, Peggy and Christy Huffman. The fellowship at the table was wonderful and I thank them for their warm hospitality. It was also good to see Ken Cruise, the "Mob Czar," who was part of the group that went on the 9/12 Taxpayer March to DC. 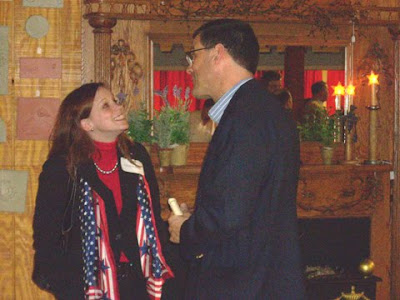 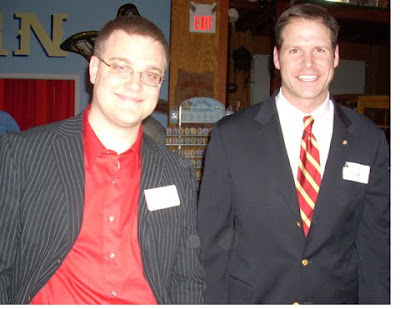 Jon is a fellow blogger and chairman of the Page County GOP. Wade started "Vets for Freedom" about six years ago, is a veteran of Iraq, and an all-around great guy. We thank him for his service to this country.