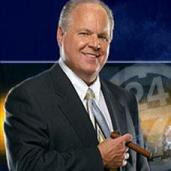 A caller to Rush Limbaugh's conservative talk radio show on Tuesday, talking about health care, nailed it when she said of Barack Obama:

"He's a schoolyard bully and he's got a posse in the Congress and the House and no one else is supposed to touch this golden boy that America seems to be so enamored with, and I am fed up with it."

She went on to add:

"His inexperience is so obvious -- and we're suffering for it! Because liberal America... I'll just say liberal and moderate white America, was so afraid to be called racist that they allow this nation to have the most inexperienced person ever take the highest office in the land at a time when we can least afford to have someone so incompetent at the head of our government."

As she and Rush talked back and forth, the caller reiterated the inexperience of this president:

"We're at the brink of losing what we know as America.
...
"We have been awakened. The tea party movement and the conservative movement have been awakened. This is not fun and games; this is not a reality show. This is real life, and we have got to take this country back to where it's supposed to be: Personal responsibility, limited government, letting a man work for and keep what he earns. That has to be the model that we put forward."

I missed much of Rush's show on Tuesday but a friend called this morning to alert me of this caller. Checking my Rush 24/7, I found it along with another excerpt that another firend alerted me to last night.

Check it out. Americans are not taking this lying down nor are they feeling defeated. The Community Organizer in the White House has once again rallied conservatives.