One year ago today: Murder at The Homestead 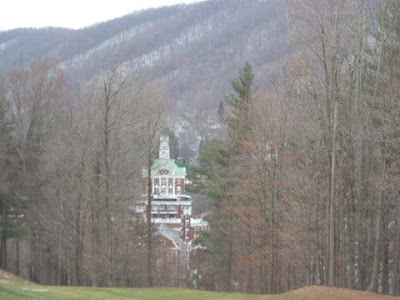 It was March 23, 2009 -- one year ago today -- when shots rang out in The Homestead's kitchen as employee Beacher Hackney allegedly shot and killed two co-workers.

It was a busy Saturday night at the upscale resort ... the kitchen was bustling ... and the shooting took place just feet from guests eating in the formal dining room who were unaware of what was going on nearby.

The western mountains of Virginia suddenly became the scene of a massive manhunt as authorities searched for Beacher Hackney. He has not been seen since.

Where is the Homestead Murderer?

Did he escape into the rugged mountains and make his way into West Virginia? Did he end up 20 miles away at I-64 and escape to points unknown? He was a known loner but could an accomplice have helped him escape?

There are more questions than answers. Bath County Sheriff’s Department’s lead investigator Noel Dunnagan said recently that he felt the murderer was still alive, according to the Lynchburg News & Advance:

The story has aired several times and has brought in dozens of leads, but none of which have lead to the suspect, so after a while you have to wonder is he still alive.

“I still think he’s alive,” said Norfleet. “Due to the fact that he had a hermit nature, you know, he could certainly exist inside for sometime as long has he had supplies.”

So where did Beacher Hackney go?

Email ThisBlogThis!Share to TwitterShare to FacebookShare to Pinterest
Labels: mountains of western Virginia, murder at the Homestead, The Homestead